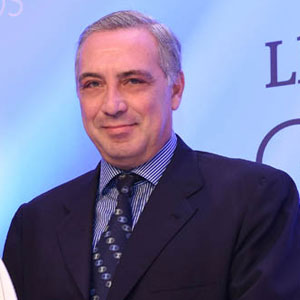 Mr. Tsakos has been President, Chief Executive Officer and a director of the Company since inception. He has been involved in ship management since 1981 and has 36 months of seafaring experience. Mr. Tsakos served as an officer in the Hellenic Navy in 1988. Mr. Tsakos is the former Chairman of the Independent Tanker Owners Association (INTERTANKO), an Executive Committee member and a council member. He is also Chairman of the Korean Registry, Hellenic Committee (KR). Mr. Tsakos is currently a board member of the UK P&I Club, a board member of the Union of Greek Shipowners (UGS), a member of the board of the Greek Shipping Co-operation Committee (GSCC) and a council member of the American Bureau of Shipping (ABS), Bureau Veritas (BV) and of the Greek Committee of Det Norske Veritas (DNV). Mr. Tsakos is the former President of the Hellenic Marine Environment Protection Association (HELMEPA). He graduated from Columbia University in New York in 1985 with a degree in Economics and Political Science and obtained a Master’s Degree in Shipping, Trade and Finance from London’s City University Business School in 1987. In 2011, Mr. Tsakos was awarded an honorary doctorate from the City University Business School, for his pioneering work in the equity financial markets relating to shipping companies.